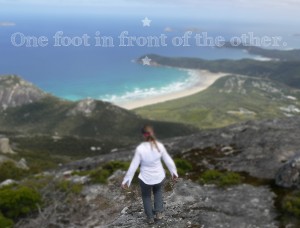 I’m about to embark on an epic writing quest. Yet again. I got the second round of developmental edits from my agent Claire. The first round was nine and a half pages single-spaced. After six months of re-writing the first 2/3s of the manuscript, working closely with a cultural consultant, and another trip to Belfast, I sent my agent my manuscript at the end of July. For those of you in the query trenches hoping to get an agent, waiting and waiting to hear anything, once you get an agent…you still do lots of waiting. When you eventually go on submission (agent sends your manuscript to editors at publishing houses), you do even more waiting.

Because you’re not done with that novel most likely. It takes time and lots of support to sculpt a masterpiece; your agent should be your much wiser, more experienced partner-in-crime. Time very well spent for me so far.

Anyway, last week, I got my second edit letter. It was only five and a half pages this time…of more developmental edits.

Agents have different styles. This is important information in case you ever do get “the Call,” i.e. an agent wants to offer you representation. Some agents want to get your stuff out on submission as quickly as possible. Their philosophy may be, let’s test the waters and see if we get any bites, tweak as we go. At the same time, you only get one shot to submit to each editor. But there’s always the next book, right?

Some consider themselves “editorial,” such as my agent, Claire. They want your novel to be polished and perfected before it lands on the desks of editors of major publishing houses. For me, this means I still have a lot of work to do. And while part of me just wants to get it out there and see what happens after the two years I’ve spent on it, I want it to be the best it possibly can be. I absolutely trust Claire to guide me there.

Anyway, whether it’s from an amazing critique partner or an agent, getting intense, mentally challenging feedback like this can feel a bit overwhelming, especially when you’ve been working on something for awhile. It’s easy to just dismiss it, but my agent has been right about everything so far. Some of it wasn’t a huge shock, because one of my CPs did mention it before. Eek. So I took a few days to let it simmer, and now I’m working on unpacking it.

I’ll be blowing up Hooligans in Shining Armour yet again: digging into character needs and goals, delving into character relationships, unpacking secondary characters’ motivations and feelings, re-plotting both main characters’ story arcs, writing new first chapters (I don’t know how many times I’ve THOUGHT I was done but here’s one time), cutting from the ending because the climax happens at about 75% and should be 90%. Basically re-writing the whole thing most likely.

Wherever you are in the writing process, whether prepping for your first NaNoWriMo, in the query trenches, or working through line edits with an editor at a publishing house….

One foot in front of the other.