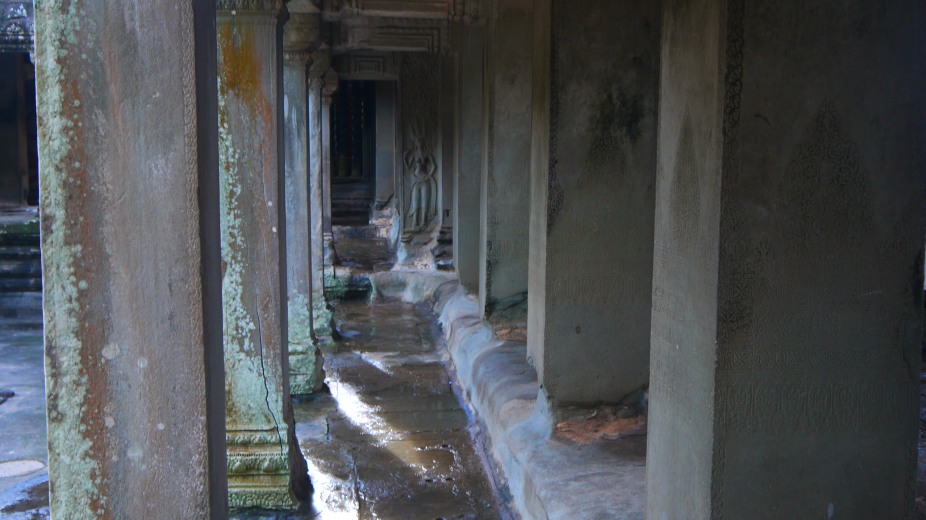 All five towers that make up Angkor Wat, meant to represent mountains. 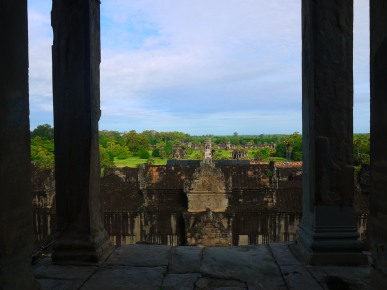 A view of one side of the Angkor Wat complex, taken from the spot where the Khmer King addressed his people below.

Angkor Wat (which means City of Temples) is a temple complex located near Siem Reap, Cambodia, built by the king of the Khmer Empire in the 12th century. It is considered a world heritage site and attracts millions of tourists a year. Wikipedia states that it’s the largest religious complex in the world–the temple itself is massive but the entire area has 2.2 miles of wall around it. The complex even has a moat around it! Amazing, the whole thing. It was originally built as a Hindu temple but was then converted to a Buddhist temple. According to a Cambodian tourism website: “Angkor Wat is a miniature replica of the universe in stone and represents an earthly model of the cosmic world. The central tower rises from the center of the monument symbolizing the mythical mountain, Meru, situated at the center of the universe. Its five towers correspond to the peaks of Meru. The outer wall corresponds to the mountains at the edge of the world, and the surrounding moat the oceans beyond.” It has been damaged by war enemies, treasure hunters, and during the civil war in Cambodia in then 1960’s and 1970’s and fighting that lasted into the 1990’s.

This is my second trip here (very lucky!). This time, I was just fascinated with the pillars and corridors. Every pillar in Angkor Wat has an elaborate carving. Beyond that, I can’t exactly quantify what amazed me about it. I think how perfectly they were aligned contrasted with the erosion of the sandstone over time. Then adding in light and shadow, it was just fascinating. My poor friends and brother, they were like, “Sarah, there’s another door for you.”

There are almost 1800 detailed carvings of the dancing girls (Apsara) throughout Angkor Wat.

It took some patience to get a few of these shots (lots of other tourists), but I got a few that I wanted to share. 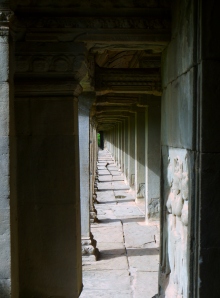 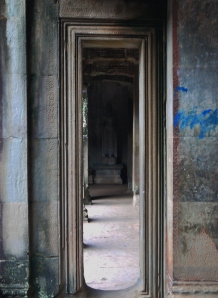 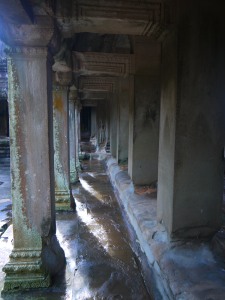 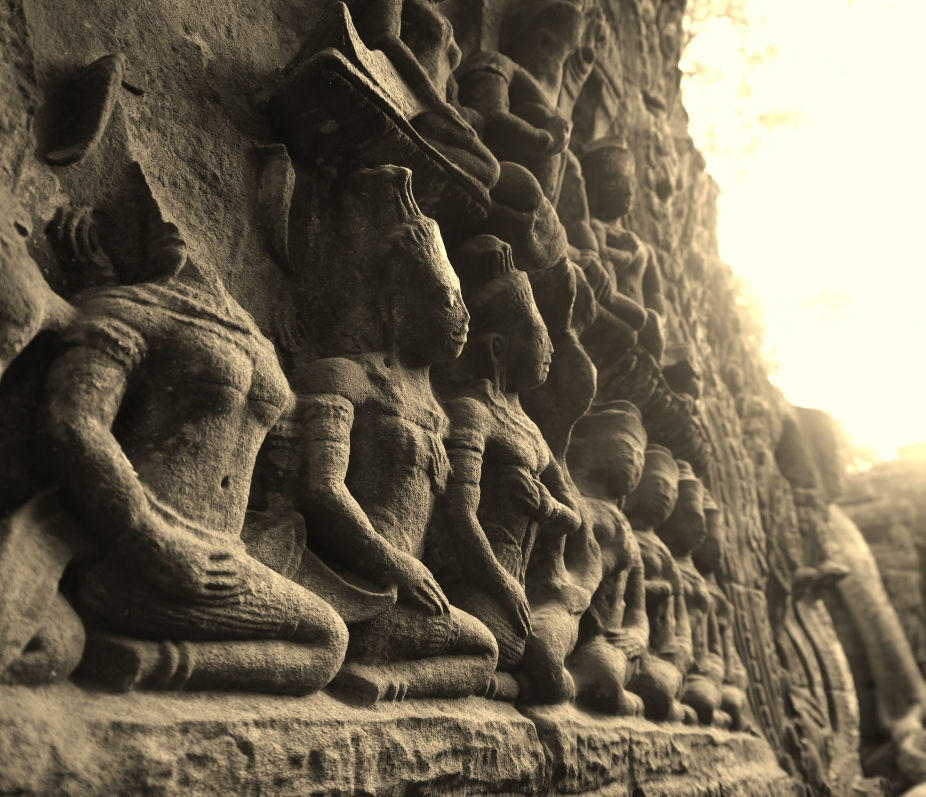 One of my favorite pictures from the many temples in around Angkor Wat, Camboria. Taken a little after dawn at Ta Prohm Temple (AKA the Tomb Raider Temple).